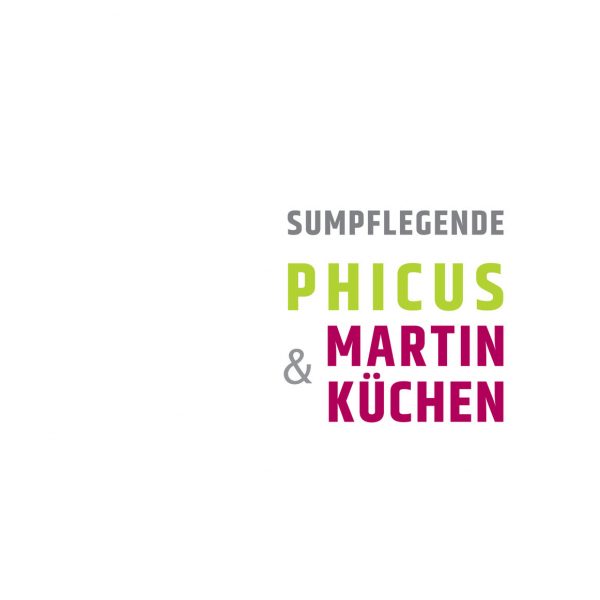 In what concerns conformity in music, there’s no great difference between the artistic and cultural postures we call “mainstream” and “avant-garde”: there’s also a highway of forms and procedures in the “alternative” and “underground” circuit, with almost everybody playing with the same grammars and vocabularies. Almost: there’s also musicians who refuse to inhabite the mainstream of the avant-garde, and the Catalan band Phicus is one good example. Their special guest in this record, the Swedish saxophonist Martin Küchen, is another. They may come from different backgrounds, but similar souls always find a way to get together.
In the case of Ferran Fages, Àlex Reviriego and Vasco Trilla it was a very natural process: in the small context of the improvised music scene in Barcelona their paths crossed so often that forming a band seemed to be the next logical step. But with what purpose? It would be enough to be just another improv project, among so many? No. What about doing something with the energy and the roughness of rock, considering the past experiences of Trilla and Reviriego in black metal and punk, and Fages liking of noise music, but also profiting from the trio’s appreciation of the near-silence aesthetics coming from the post-Cagean contemporary composers and from lowercase experimental electro-acoustic music?
Phicus singularity begins with the choice of instrumental combination, the one of a rock power trio (guitar, bass and drums), to create a kind of music which has nothing to do with the existing power trios, including the ones of the jazzcore tendency. Sometimes they play loud, feedbacked and distorted rock, but always dismissing fixed riffs, placing the guitar side by side with the double bass and the drumkit (in radical contrast with the pyramidal hierarchization of the classical rock and roll band) and avoiding the usual temptation to improvise inside the action-reaction norm (in rock, but also in jazz), in order to create a true collective expression.
Phicus established a specific musical language, and their members even admit that they’re forming a new paradigm. In a recent interview, they said that Phicus’ music isn’t the same as one resulting from a Fages / Riviriego / Trilla encounter, considering that this would be simply the mix of three individual inputs and not a consistent group formula. The spontaneous compositions of the trio can be elastic and adopt multiple configurations, but there’s a permanent Phicus identity. This rooted versatility is huge, and Phicus wanted to invite other people to play with them, knowing that they would act as one in any relational circumstance.
Here’s the confirmation: Küchen understood the context and manages to insert himself brillianty in the middle of it, also contributing with his own ideas and personality, but he doesn’t transform the “trio plus one” concept into a quartet. This is still a Phicus record, with the added value of the timbral qualities and intuitive thinking of an extraordinary sax player. File under: uncompromised music.