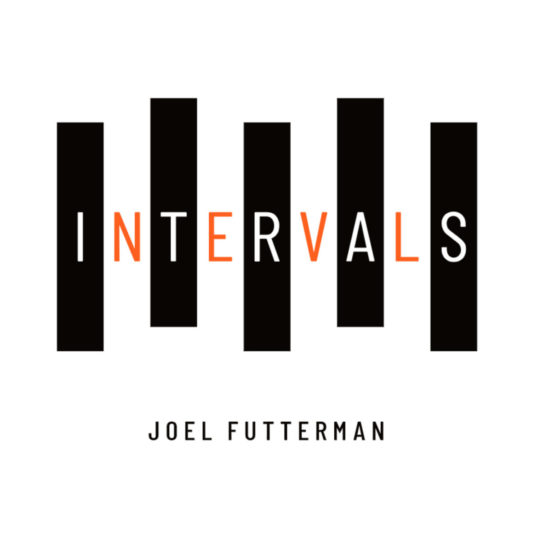 It all begins with the drone, the AUM, the central vibration. Even before the invocational melody is phrased and descends, a gently pulsing octave emerges, simultaneously the largest interval and a point of return, both a summation and a seed, giving the new form lifeblood and focus. Forty years after his first solo piano recording, Joel Futterman has reached a point of definition. He has harnessed improvisation’s diverse and myriad dynamic manifestations of size, space, phrase, rhythm and color, creating a Protean masterpiece from the rich and ever-fertile soil of innovation and tradition.

As if viewing a sculpture from all possible angles, Intervals comprises iterations and reiterations of elastic instants, molten moments melted and frozen, and yet, its constituent elements eschew complexity. A three-note melodic figure, an octave and related pedal-tones, and a gently ascending arpeggio succeeded by a rejuvenating pause, recur in slow dance or rapid-fire juxtaposition throughout this hour of sound in space. They ebb and flow in radical reconfigurations, like the spatially disparate fragments, floating by as constellations, that conclude Part I. Taken as a frame, these structural motives form the material from which Futterman fashions structures of varying shape, weight and density. Like the Nighttown episode of James Joyce’s Ulysses, Futterman’s narrative encompasses, with dream-precision and the fiery flexibility of spontaneous invention, increasingly vast territories of discovery and reference before each return regrounds listener and performer in a fluid present in contextual flux. Witness the slow-swinging stride sliding into focus at 20:29 of Part II only to disappear just as quickly, or the conflation, at 4:48 of Part I, of “Love for Sale” and “The Creator Has a Master Plan.”

Beyond all scholarly investment, and the allusions are present, only waiting for discovery, Futterman offers nothing less than an autobiographical cross-section. The journey through creative improvisation’s multivalent history, through stride, swing, blues and ballad, is his creative trajectory in glorious microcosm, an interval caught in time as the summation of seeds planted four decades ago and beyond. Recurrence and historical reference lead, as they must, to the freedom of expression dictated only by what can be translated from spirit through hands in one particular formulation.
Intervals is, at its heart, a vast culmination reflecting the consummate skill attained by following the path from foundation to peak, an artistic statement unifying vision and dedicated immersion, and yet, it is ultimately incomplete, as the conclusion attests. Just as the opening octave, gentle enough to seem almost unstruck, implies a changeless underpinning vibration, each section’s ending hints at myriad possibilities as yet unrealized, nascent forms to be constructed, and none so completely as the disc’s open conclusion. As the briefest section is on the point of returning to the silence birthing it, Futterman seems suddenly ready to reengage, the affirmative energy of artistic endeavor far from spent. For those also prepared to engage, the journey is a transtemporal palimpsest, an interval of intervals waiting only for a commensurate spirit of exploration in the listener.