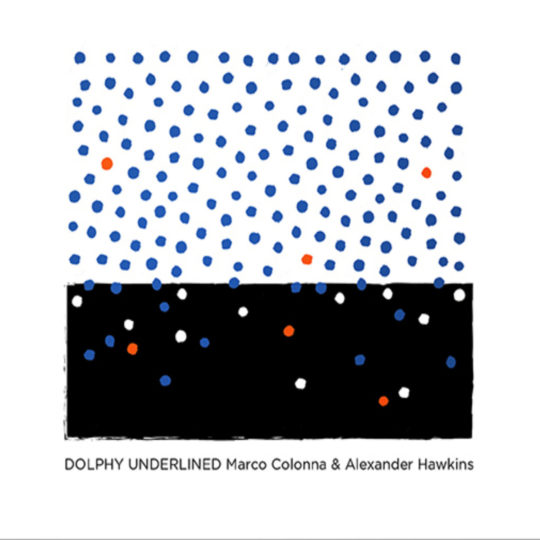 Over time, jazz has developed the habit of attributing curious nicknames to its protagonists, resulting in a colorful bestiary of descriptors.

For a start, it’s a world teeming with ‘cats’. We also find the Bear, Fox, Hawk, Rabbit, Stork, Frog, and perhaps by way of climax: Bird.

For our subject, however, the discourse changes, and we have to deal with fantastical zoology: that of Borges, of Kafka’s Odradek, Cortázar’s Adberkukus, or Tommaso Landolfi’s Vipistrello.

We have to do this because ERIC ALLAN DOLPHY Jr., born in Los Angeles in 1928 and died in 1964 in Berlin, is one of the most unclassifiable musicians to have navigated the skies of modern jazz. On bass clarinet, he staked out an unprecedentedly virtuosic territory within the Afro-American improvisational practice; he liberated the flute into spaces similarly exotic to those contemporary ‘densities’ of Edgar Varese or Gazzelloni (as a result of the latter’s attendance at Darmstadt); and finally, on alto sax, although it was the instrument on which he was perhaps most rooted in the (Parkerian) tradition, he transgressed the bop vernacular with his intervallic and rhythmic logic. His instruments represent the plumage, the claws, beak and fangs which could not be categorized among the known species until the appearance on the scene of our man.

Moreover, with some exceptions, his compositions cannot be pigeon-holed. With their unpredictable harmonic relations, wide compass, awkward and sudden gaps (all the while with a certain ‚songfulness’), and their orchestration, which above all in the last works, such as Out To Lunch and Other Aspects, sees him bringing jazz into the territories of ‘Total Music’, these compositions can be defined as the natural habitat for the imaginary animal Dolphy (whilst a potentially treacherous one for his collaborators).

Having said that, the reflection on how it is possible to face and „capture” the spirit of this Phoenix par excellence comes spontaneously. It is an intrinsic difficulty shared with a few other composers of the time, who decided in the 1960s to delineate a language in which references to common jargon, automatism, and the mainstream often lost any effectiveness: in this sense, as for Dolphy, so with Monk, Ornette, Lacy, or Don Cherry, to name but a few.

The great territories of songs and ‘standards’ are certainly open and inclusive to the point that even today, everyone can navigate them without risk of misunderstanding, so long as they communicate in a codified language (which nonetheless, of course, allows for personal ‘accents’).

It is different in the world of Dolphy, however. Here, it is easy to give in to the temptation of a ‚lectio restituta’, an exercise in style, with the unfortunate consequence of trying to force square pegs into round holes. To free oneself from the perils of a tribute which becomes a quicksand, it is necessary to have – in addition to undoubted skills of technical and interpretative control – a creative focus that manipulates the material not only to formulate a new version of this or that song but also has the goal of building new authorship, with the starting point of Eric Dolphy’s songbook.

Marco Colonna and Alexander Hawkins are undoubtedly two of the personalities of the new generations who possess these qualities; and indeed, these are the primary tactical tools of their philosophical vision of making music. They belong to that group of free improvisers who have behind them a severe preparation; and whose approach to interplay, soloing, and contrapuntal invention essentially moves along the same Cartesian axes as European academic rigor. They are musicians distant from the naïveté of a historicized radicalism by now in its 70s, just as they are distant from a certain equally historicized Afro-American lexicon. Colonna and Hawkins fully represent the new era of ‘conscious research’, and for this reason, I think I am not mistaken in saying that they have taken into account a figure such as Anthony Braxton, who certainly more than many others has taken on board Dolphy’s message.

From the first notes of ‘Miss Ann’, it is understood that the theme and harmonies will only be flags inserted on a map that involves the extrapolation of inspirational shreds, such as the opening incipit that becomes in Hawkins’ fingers a swirling and ‘guilloche’ game that speeds up and slows down, while Colonna supports it with the colloquial tenor of the bass clarinet, projecting towards an epic crescendo wrapped in the extremes of the piano register, a prelude to the exposition of the theme at very high speed.


‘Something Sweet, Something Tender’ has a Messiaen-ic trend. The layers of sound, full of harmonics (needless to say, quite deliberate), remind me of the atmosphere of the ‘Catalogue d’Oiseaux’. The two solo pieces, ‘Serene’ by Hawkins and ‘God Bless The Child’ by Colonna, take us on different trajectories, according to which our observers are looking at compositional strategies and interpretative memories of the Californian musician. They are complementary trajectories, in which the longing of the jazz musician (which Dolphy however undoubtedly also was) tries to find a Passepartout towards a greater universality of language.


After all, the use of the blues, albeit oblique, albeit visionary and dazed (as in ‚245’), which closes the sincere, meditative, but also a passionate reflection of Colonna and Hawkins, faced with that indolence and that de-tuning in the thematic exposition, best summarizes the intention of two musicians who want, without slavishly imitating him, to thank Dolphy for having given us a free space of branches, clouds, luminous rays and spectral darks in which to continue to play, and always put our capacity to invent on the line.

Indeed, Eric Dolphy could not be in better hands and heads.