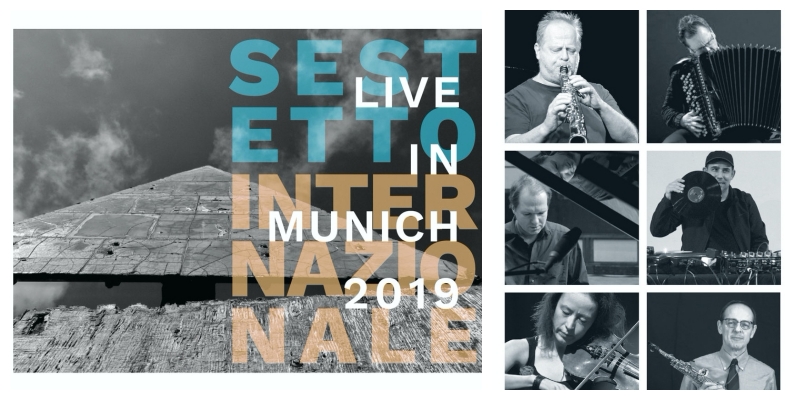 The Listen Foundation’s record label was 5 years old last year. „It’s a small jubilee, but for us it’s a great opportunity to celebrate,” said Maciej Karłowski. None of this would have worked if it hadn’t been for the trust of the musicians who decided to entrust their work to us. So this year we are going to release a little more albums than we did in previous years and prepare some surprises for music lovers. We’re starting with one of the most wonderful groups of today’s improvised music scene, Sestetto Internazionale, led by Harri Sjostrom.

Six sounds, six perspectives, six personalities. Three melodic instruments and three performing rhythmic and harmonic roles, but no such categorization works in this case. All that matters here is listening to each other. These six world-class improvisers create and broaden their sound horizons, and their creation is not a great solo performance, but a great improvisation of the collective – an unruly, sharp improvisation, created with and for pleasure, and full of life-giving forces.

That’s what Ulla Habersetzer from Bayerische Rundfunk said about the music of Sestetto Internazionale. Almost 5 years have passed since the first album of this excellent band. Now it is time for the second installment of the band’s creation, in which the soprano saxophonists Harri Sjostrom and Gianni Mimmo, violinist Alison Blunt, pianist Achim Kaufmann, playing on Veli Kujala’s quarter-tone accordion and Ignaz Schick, sitting behind the gramophones and samplers, stood on one stage.

Live in Munivh 2019 was recorded during a concert the group gave at Offene Ohren in Munich on Friday evening January 18, 2019, which was recorded by Bavarian Radio. Today, a year after that date, all of the music played at that time is released on a CD by the publishing house of the Listen! Take it and listen to it, everyone, this is music you don’t know yet.