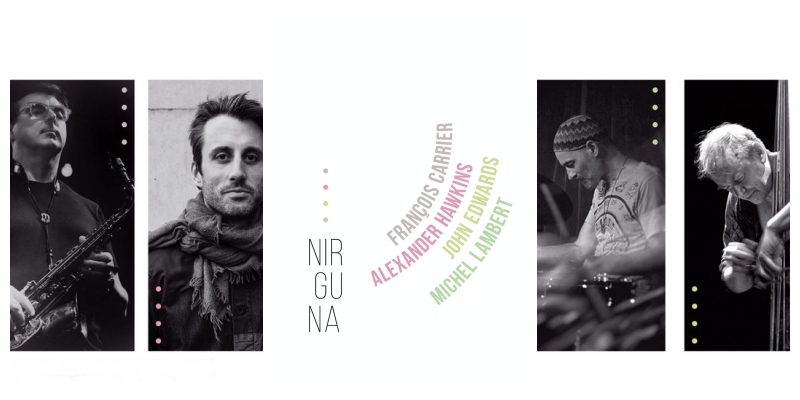 Francois Carrier, one of Canada’s most important improvisers, has just released an album at the Listen Foundation. The album is called Nirguna.

The album includes a full recording of Carrier’s two concert on June 7, 2017 with his quartet at the legendary Vortex club in London. The ensemble consisted of Carrier’s regular collaborator, also a Canadian, playing drums Michel Lambert, probably the most famous and popular improvised music double bass player John Edwards, and rising star of British pianism Alexander Hawkins behind the piano keyboard.

By the way, Carrier’s first meeting with Hawkins took place. As a result, we get a nearly two-hour portion of juicy improvisation divided into two CDs. The title of the whole album, as well as individual improvisations on it was taken from Sanskrit.