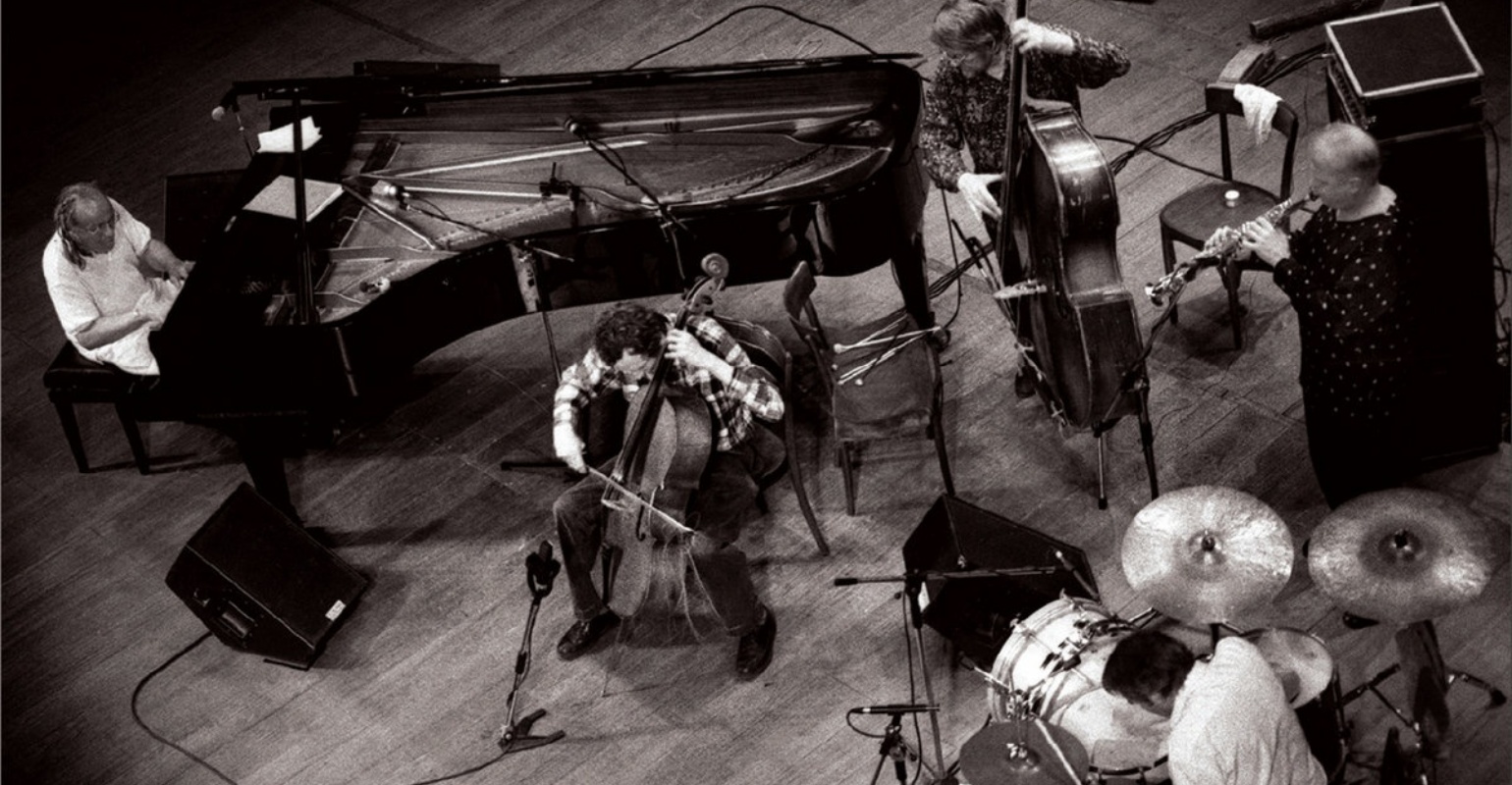 When the Cecil Taylor quintet was ready to play at the Tampere Jazz Happening on October 30, 1998, all the musical world knew the virulent compactness of Taylor’s groups, especially after the American pianist had established an on-going link with Berlin and the European public. That day in Tampere, a superlative performance of free improvisation (Harri Sjöström on soprano sax, Tristan Honsinger on cello, Paul Lovens on drums and Teppo Hauta-aho on double bass) was able to represent Taylor’s enormous creative potential. It is a concert discovered in the archives of Finnish Radio YLE, never documented on a recording medium, which allows us to enter that absolutely unique world of Taylor’s groups: art and sound density, expressive universes that leave you speechless even after their conclusion. That day the sound power produced by the group was even able to impress Steve Lacy who, at the end of the concert, went to find the musicians backstage, saying:”…You guys really lifted the bandstand…”, a statement that has been carved into the memory of that evening and also provides the title of this live recording. In Lifting the Bandstand the structure is typical: Cecil enters the stage, poetizes on his verses and enters into a free dance; then some deep clusters on the piano; the string musicians offer themselves in an abstract design and the development of a sort of propitiatory ritual outlined in all its excitement and fullness when the clusters start to become cutting and the musical set becomes explosive. In this concert Taylor and the four European musician-personalities continue their enthusiastically celebrated non-hierarchical style of play that they started from the very beginning of this constellation. They sow the seeds for a free and choral relationship that favors the shattering, the physical prowess of the musicians and a phenomenology of music. The first half hour of Lifting the Bandstand is an uncontrolled expansion of the sound mass, with the instruments continuously expanding so that one cannot believe that musicians can play with that intensity for so long: an instinctive, chemical experiment consumes itself, in which all „music” is demolished and re-presented according to a project of apparent intangibility, not a sterile but a constructive fury, which upsets for the speed undertaken and the extended techniques; only after an hour the shockwave fades into a cubic phase, less thunderous, more oriented towards a melodic quality and a timbre line, where onomatopoeia intervenes; there are some attempts to replicate operatic singing and we find reminiscences of classicism camouflaged in areas of interaction. Even when the music calms down in the end, there are still electric shocks of music, small refluxes of the instruments, which the musicians cannot completely dominate in this new situation of relaxation. When the ritual ends, the sensation is to have experienced the equivalent of a virtuous myth, a regenerating force that leaves the listener astonished, breathless and enriched not really knowing to where he had been taken.

The Great Tone has no Sound - new album by Rafał Mazur

Read more Lifting The Bandstand – Cecil Taylor’s quintet for the first time ever available on CD!