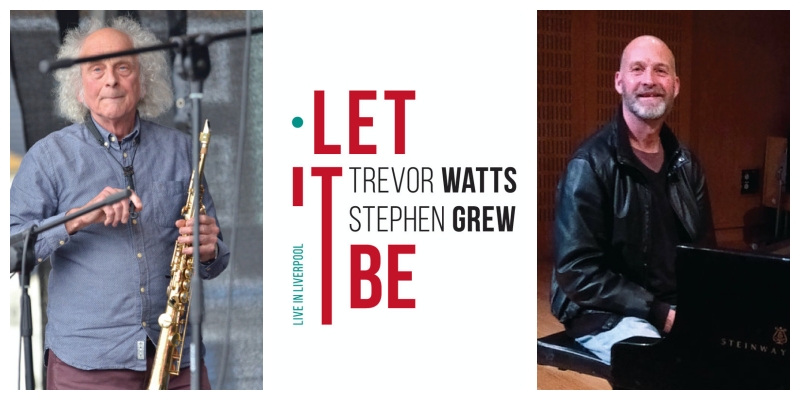 Trevor Watts was supposed to be a pilot, but to the luck of jazz fans he became a musician. He took part in everything that is crucial for European jazz and improvised music. With his talent, he fuelled the most important British jazz bands, and together with Evan Parker, Derek Bailey, Tony Oxley, and the great John Stevens, he is one of the fathers of free improvised music.

Today Trevor Watts celebrates his 80th birthday. A beautiful age and, what is particularly worth emphasizing, an age that does not mean in his case a musical retirement. Not so long ago we had the opportunity to listen to the sound of a great improviser in the excellent company of the RGG trio. Now, on the occasion of his birthday, we will have the opportunity to experience how Trevor Watts’ newest child, a duo with another British pianist, Stephen Grew, performs. So here’s a concert recording, a bit perversely titled „Let It Be”. But what a different title it could have had, since it was made on 19 March last year at the Capstone Theater in the heart of Liverpool?
So as a birthday present, on Trevor Watts’ 80th birthday, we get the latest album of an excellent alto and soprano saxophonist, as well as one of the most important improvisers of the Old Continent.

The album was released by the Warsaw publishing house of the Słuchaj! Foundation and is available here from today.