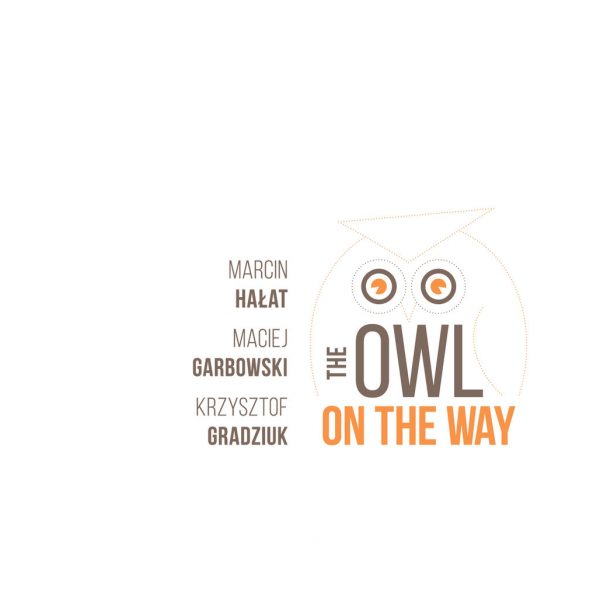 The jazz violin tradition in Poland is dominated by two Giants: Michał Urbaniak, who pioneered highly non-trivial use of electric violin in fusion music of 1970s and Zbigniew Seifert, who combined free and modal jazz à la Coltrane with fusion. Amazingly, this tradition is present even today: listen to the winners of the first two Seifert Competitions: Bartosz Dworak or Mateusz Smoczyński. An exception that support this rule is Adam Bałdych, who records for the ACT label and whose music has a Scandinavian/Slavonic melancholy, characteristic for ECM/ACT sound. The double album of Marcin Hałat “On the Way” comes in this situation as a great, unbelievable surprise. Marcin studied in Jazz Department in Katowice with Henryk Gembalski and at the Kraków Academy. In the last 15 years or so he mostly played classical violin with chamber ensembles and orchestras. “On the Way” might be regarded thus as a jazz debut – maybe that is why it sounds so fresh and unconventionally. Maciej Karłowski says, that Marcin’s music reminds him of that of Dominique Pifaréli. I have some trace associations with Mat Maneri and… Ornette Coleman playing violin. But, the truth is that nothing compares to Hałat’s art.
Marcin is accompanied here by one of the best, if not THE best rhythm section in Poland, Maciej Garbowski and Krzysztof Gradziuk from the piano trio RGG . RGG since the recording of the fantastic “Szymanowski” disc drifts consequently toward more free improvised music. The recording of “Live@Alchemia” with Evan Parker, released by Fundacja Słuchaj! illustrates this perfectly. But, both Maciej and Krzysztof have more free recordings on their accounts: with Piotr Damasiewicz, with ELMA, to name a few. Obviously, the present double album is the joint obra maestra of the trio.
The part I of this double album contains seven wonderful songs and it is not easy to dig out something. The starting “Cheerful Time”, a composition in a Ornette Coleman/Thelonious Monk style, is a great illustration of the trio’s incredible synergy. I love the slow ballad “Incognito” for its particularly open structure. But, the highlight here are the two parts of “Vision Fugitive 1-2”, with particularly intense and immensely expressive free improvisations. The part II of the album contains in fact three more parts, “Vision Fugitive 3-5, all of extra-terrestrial quality. “For the Little Ones” is perhaps the most traditional track and joyful, with a slight Americana touch. My personal favourite, however, is another slow and melancholic ballad “Coming Soon”. There is one thing that has to be added: Marcin is a man of motifs, like Tomasz Stańko – he frequently repeats similar phrases in various songs and, similarly as in the case of the great trumpeter, Marcin’s playing is quite free and open, yet it makes impression of being melodic.
“On the Way”, in my opinion, opens a completely new chapter in the jazz violin music. It brings a novel approach to violin improvisations and to the concept of jazz violin trio.
Maciej Lewenstein