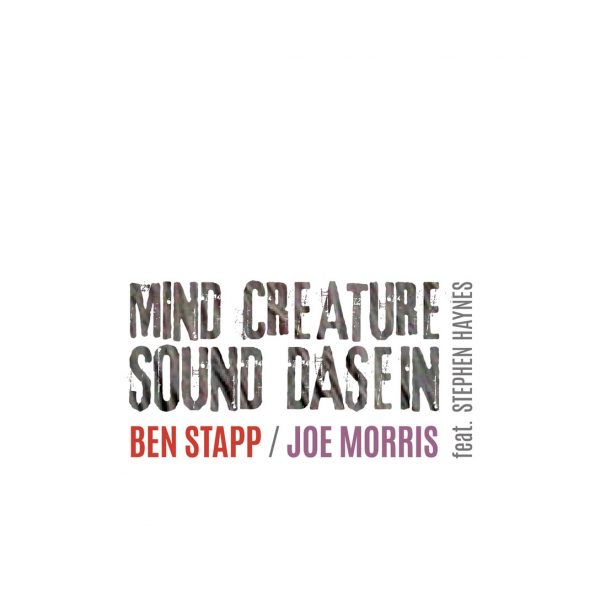 When it comes to abstract art, it can be a challenge to escape figurative norms, storytelling, and programmatic signposts. After all, the purity of material, whether visual, sonic, or textual, is a heavy thing to take on its own. Navigating abstraction, or “going to the center” as the late trumpeter Bill Dixon said, requires a massive amount of commitment. But sometimes a guide into these realms is necessary, and tubaist Ben Stapp is not afraid to give equal heft to narrative association and complex free interplay. An international presence since 2007, Stapp’s work thus far has culminated in a dystopian psychological opera, Myrrha’s Red Book. Stapp has also written a science fiction novel, and often draws imagery from the worlds that occupy his imagination: spiritual, transcendent, yet regularly beset by unnerving and unseating forces.

In this improvised setting, thematics were provided to guitarist Joe Morris and cornetist Stephen Haynes, and the musicians let fly with inspiration. Stapp first began working with Morris and Haynes in 2011 and developed a formidable language of expanded techniques and detailed, rugged interplay. Utilizing a range of mutes, objects, circular breathing, and tonguing approaches, Stapp surges and belches and chortles with the best of ‘em, but also has a command of the rhythmic and tonal personality that quantifies his instrument. Coupled to Morris’ skittering acoustic vitality (including a range of horizontal scrapes and subharmonic flecks, along with occasional pitch-dividing scumble) and Haynes’ narrow screams, they present a range of colors and alien analogues fit for a journey into the center of the mind. Whether one listens with a joyous ear to the sounds’ commingling or with pictorial inquisition, the results will stagger.