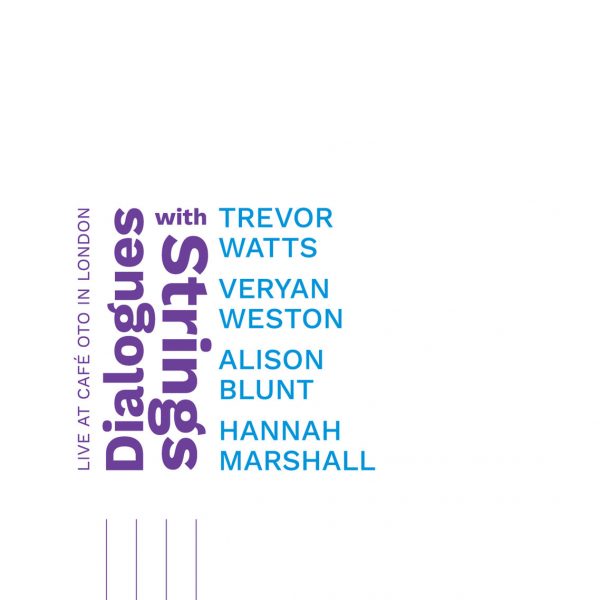 The title for the CD and compositions were inspired by a desire that Veryan Weston & I had, which was to open up our regular duo’s musical improvisational interactions and incorporate other musicians within them, and thereby expand the scope of what we do after many years of playing together. We’d already done a performance with the addition of Violinist and well known Folk Musician Peter Knight at Café Oto which was filmed by Mark French. Alison had recently asked me to play with her and Hannah, and that worked very well. Veryan has had quite a long association with Hannah in various projects as Hannah & Alison have together also. It then seemed logical to try to bring the idea of this quartet to life. I had been offered a broadcast by the BBC and suggested this quartet idea to Veryan who immediately was enthusiastic about it, so the group was born. Café Oto was our very first concert as a quartet and on that occasion film maker Mark French decided to record it all on film and that the Café Oto recording engineers would do the sound recording, and they agreed. Part of this concert was also used for BBC transmission a few days later. The photo of the quartet incorporated in the artwork was taken before this first concert, and I think we all could tell that it was going to be a very enjoyable occasion just by the social interaction we had together. I felt we all took that feeling on to the stand and transferred it to the music in an open and honest way, also with no fear. I sincerely hope that anyone listening to this music will be transported in a good way by those good intentions and concentrated collective artistic endeavour.